Dr. Heather Stewart grew up in Manhattan, NY; Oakland, NJ; and Santa Barbara, CA. She grew up with so many animals, ranging from your typical cats and dogs to horses, sheep, chickens and rats. Heather’s grandfather was a physician, her grandmother an RN, and her mom and RN, so the medical field must be genetic. It seemed logical to go into the veterinary field, combining medical interest with her love of animals.

After high school in Santa Barbara, she attended Rice University in Houston, TX and graduated in 1997 with B.A.s in both Biology and German. She then attended the University of Pennsylvania School of Veterinary Medicine in Philadelphia. She graduated in 2003 as a Veterinary Medical Doctor (VMD). (This is of equal status to the more common “D.V.M.” degree, but U Penn wanted to acknowledge the fact that the vet school was based on the human medical school and not on an agricultural school, so they kept the “MD” part.)

Dr. Heather first started working as an equine vet exclusively, but then began working at a small animal clinic to expand her knowledge of dogs, cats, and exotic animals. She also spent time working with PAWS Wildlife Center, caring for injured wildlife.

Dr. Heather became a Certified Veterinary Acupuncturist via the Chi Institute in May 2015 and completed training for Tui-Na there as well in February 2017. In 2022 she finished her Certification for Veterinary Medical Manipulation for horses and small animals (This is the veterinary equivalent to chiropractic). This greater level of expertise in both Eastern and Western medicine allows Dr. Heather to provide her patients with the best of both worlds.

Dr. Heather’s favorite thing about veterinary medicine is the great variety of creatures she gets to treat and being able to help both animals and humans in the process. She enjoys being able to see all of these animals on their home turf in this mobile practice. She has many pets of her own, including dogs, cats, horses, goats, sheep, llamas and cows. She and co-founders Laura Thompson and Holly Moffatt also run Steven’s Animal Sanctuary located at her farm where they provide a loving retirement home for senior and “special needs” critters (check the link above for more info on Steven’s).

Dr. Heather dedicates this business to her father, Don Stewart, who passed away in January 2006. Without his help, she would never have been able to take the chance and run this mixed animal mobile practice. He will be missed always. Not to be left out, though, Heather’s mother, Sue Stewart, who is motivational in her work-ethic and positive attitude. She is a practicing RN in Rhode Island and has been a tremendous help to Carousel Vet over the years. 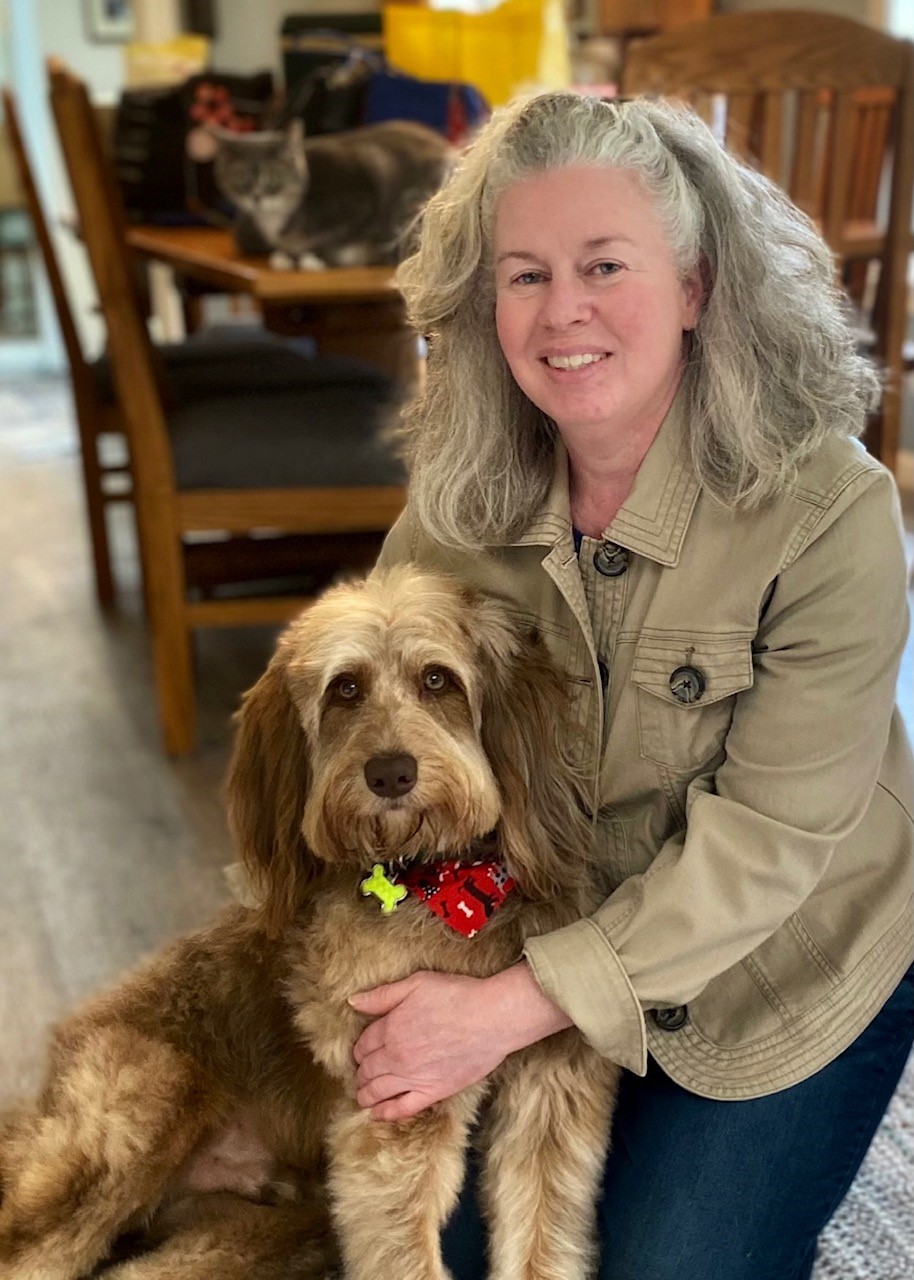 For the good part of 20 years Holly was a busy, stay-at-home mom, raising 3 children. Wanting a little something to do on the side once the kids were in school, in 2000 she opened a small art school in Sammamish called “Spill the Paint” and held art classes for children. “Spill the Paint” had resident goats that earned their keep by handling marketing because their pasture was on the main road through Sammamish and everyone knew where the “Van Goat family” lived. It wasn’t long before Polly, the Paint Horse, joined the marketing team which peaked Holly’s interest to start trimming horse hooves professionally because …. well, why not?

In 2008 she began learning about trimming horse hooves through Jaime Jackson’s organization AANHCP (Association for the Advancement of Natural Horse Care Practices) and was awarded a Certification as a Hoof Care Practitioner in 2009.

Once her children were pretty much off to college, Holly went to school herself and became a Licensed Veterinary Technician in 2013. She landed her dream job in May of 2016 with Carousel Mobile Vet. She was originally a client, but was happy to join the team as our first licensed technician when we expanded the assistant job. The variety of a mixed animal practice with a doctor who practices both Eastern and Western medicine was about as rare as they come, but it is exactly what she wrote in an essay assignment about her ideal job while at school. It was meant to be.

In her spare time… well, Holly doesn’t actually have any of that since she continues to trim horse hooves when not working with Dr. Heather. She also boards a few horses at her place along with Polly the Paint horse, 3 miniature horses, a herd of goats, a pack of dogs, a clowder of cats, and a flock of chickens.

We are fortunate to have Holly as part of our team. She’s dependable, knowledgeable and overall, the perfect addition. 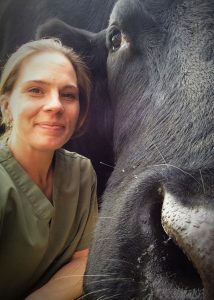 Bridgette joined our team in September of 2014. She worked as an assistant with us in the truck for the first year, but when the remote office position opened up, she went for it. Prior to her starting with Carousel she was employed at a small animal practice for 10 years working hands on with dogs, cats, rabbits and birds. She also spent a few years at Emerald Downs caring for Thoroughbreds on the backside.

She grew up with a wide variety of animals and always knew working with them was her “calling”. Up until 2019, she had a small farm with cows, goats, rabbits, pigs and ducks. Her patience and passion for behavior empowers her to effectively manage fractious pets. She’s a sucker and an advocate for “bully breeds” and has had at least one staffy in the house consistently for nearly 20 years.

Bridgette now travels full-time in an RV with her 3 dogs. Buck, a Cattle dog mix, Chow, a Staffordshire Terrier and Savvy, a tiny but feisty Chihuahua/Dachshund mix. She makes the most of working remotely, you never know where she might be when you call! Although she does miss using her hands-on skills, she finds enjoyment in educating clients, triage and keeping the day-to-day Carousel work load running smoothly. Her lifetime of experience and compassion for pets and their owners has made her an essential part of our team.

Accessibility by WAH
Call Us Text Us